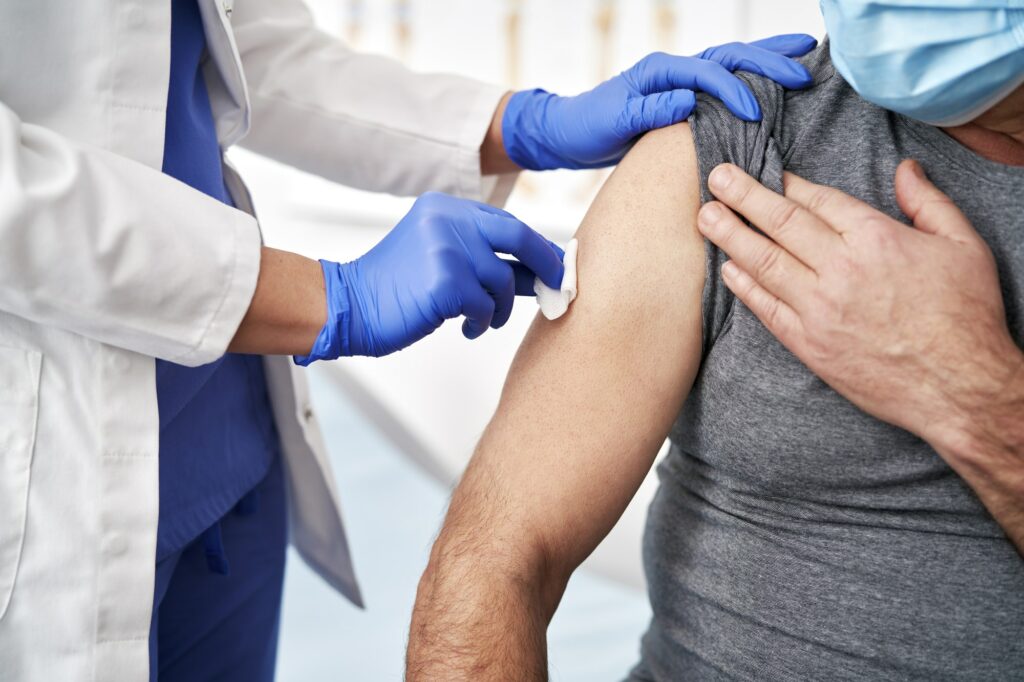 A little more than two weeks away from the All Access Audio Summit, we’re prepping our presentation from NuVoodoo for the opening day, April 21. It’s a virtual conference – so there’s no need for vaccinations or negative tests – which is great. It also means there’s no opportunity for in-person camaraderie, but Joel Denver and his crew are hard at work building ways for participants to meet and mingle.

NuVoodoo is presenting the “Big All Access Audio Summit Research Presentation” (or “Big AAAS” Research Pres, since we never really moved on from middle school). We’re pulling in data from our most recent Ratings Prospects Studies along with questions we’ve asked within the daily tracking studies we started at the onset of the pandemic last March.

Carolyn Gilbert and I have built a daunting list of items to cover in our session – while trying to leave some room for Q&A at the end. Some of our agenda items:

At our session we’ll update nationwide vaccination status through the middle part of April. To give you a preview, below we’re showing last month’s results from over 8,000 interviews among 15-64’s nationwide. For March we showed 19% having gotten at least one shot nationwide (in red). That percentage was relatively consistent across the four regions of the nation. 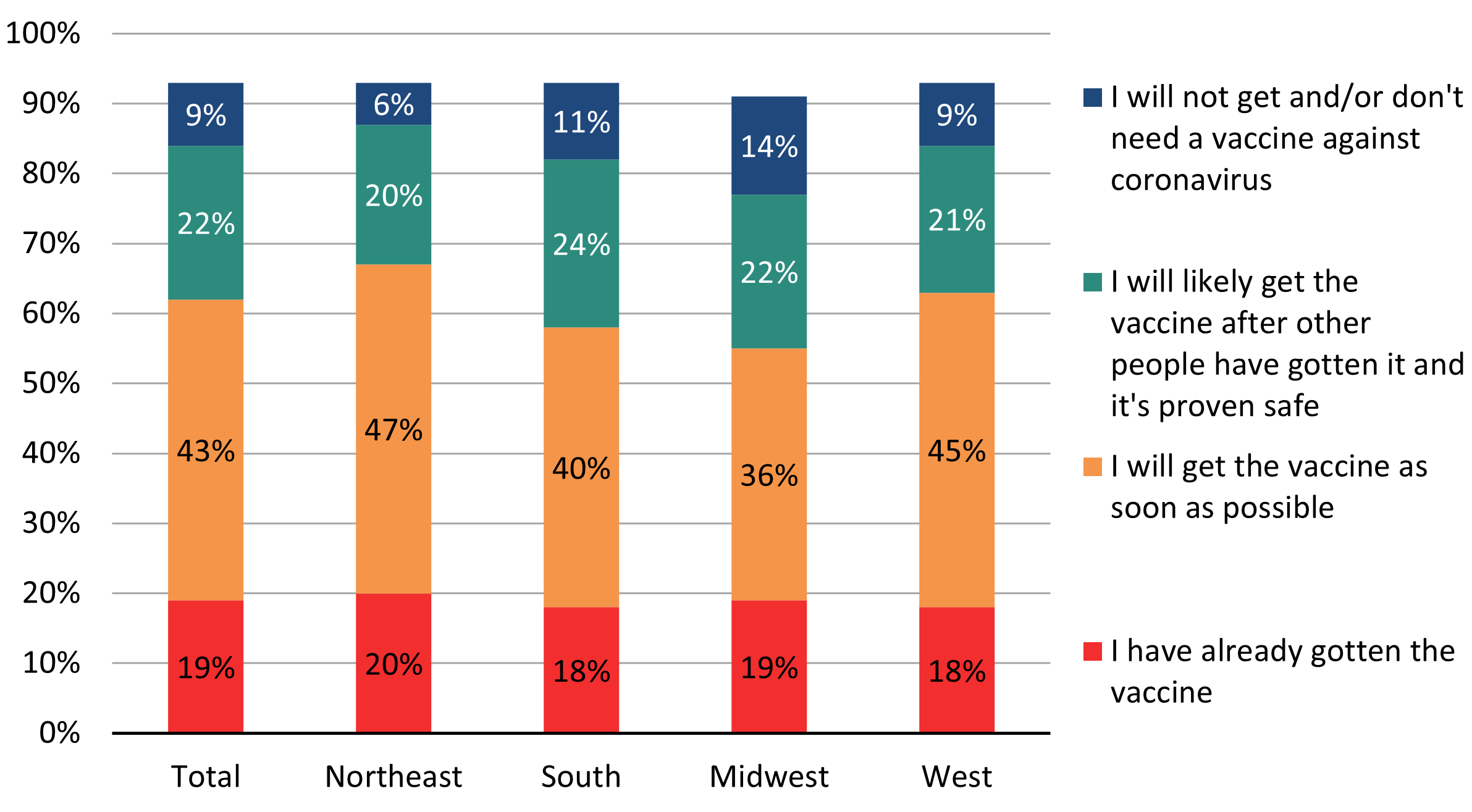 We’ve seen some polling that shows 30% or more hardened against vaccination, our data from March showed a smaller 9% sliver (in dark blue here) who say they won’t get the vaccine – but another 22% standing on the sidelines waiting to see how it goes (in teal/green). The anti-vax tide is weakest in the Northeast – which was hard hit in the initial surges of the virus last year. In the South and Midwest, however, there are more anti-vaxxers (11% and 14%) and an elevated number of those waiting to see how it goes in the South (24%).

We’ll update these numbers and share much more on April 21 at the All Access Audio Summit. Register at allaccessaudiosummit.com.