Despite the incredible ability to tweak Pandora to your exact music taste, we wondered, day-in, day-out, which has the perception of doing a better job with music selection: Pandora or broadcast radio.  The facts of the matter are that radio has spent decades applying both science and art to making better playlists and that while Pandora talks about its algorithms, radio has a lot of time and energy invested in curating playlists.

Nearly 1100 respondents, ages 14-54 in all PPM markets, were interviewed in the fourth and most recent NuVoodoo Ratings Prospects Study.  We see that there is substantial overlap between those who listen to both Pandora and broadcast radio, and a large majority of the heaviest Pandora listeners are also heavy broadcast listeners. 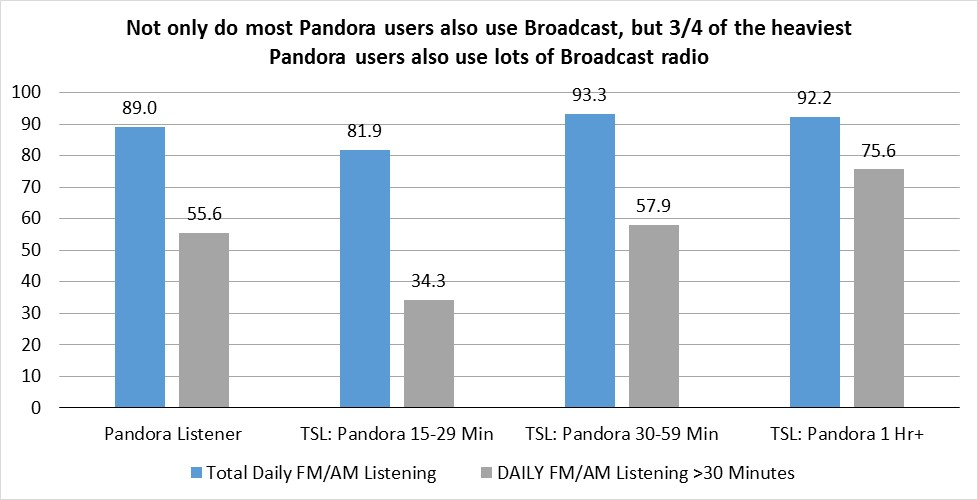 When we looked at the group that spends time with both Pandora and broadcast, our data show that broadcast beats Pandora for music satisfaction.  Even with the endless customization possibilities with Pandora and other digital pure plays, few really take advantage of those possibilities.  For now, radio has at its disposal a massive number of swing voters – consumers whose time we could pull back from Pandora with the right promotional tactics or lower commercial loads. 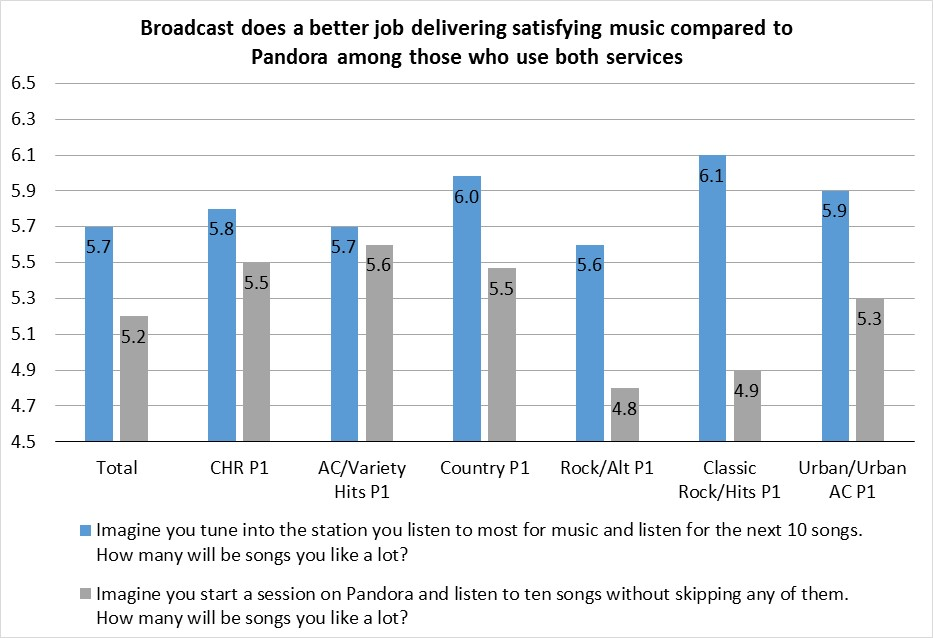 Despite what some pundits predicted, the future may not be in the long tail – especially as it applies to music.  Delivering the blockbusters in a pleasing blend seems to be doing just fine for the masses.  Consumers may eventually start using more of the customization possible from digital pure plays, but we’ve seen that consumers are eager to find short cuts in many aspects of their lives.  It makes sense that most people don’t want to program their own music or design their own cars, for that matter.  They want to pick something that works for them and enjoy it.