How Many People Have You Delighted This Week?

Last week we talked about contests that help delight listeners – and the factors that sometimes get in the way of making those contests delightful. We asserted that contest prizes don’t need to be huge – in fact it’s better if they seem attainable. The greater the perceived chance to win the prize, the greater the likelihood of engagement. And while $100 and $1000 are pretty closely ranked in terms of their desirability as contest prizes, we can delight ten times more people with $100 prizes for the same budget allocation. 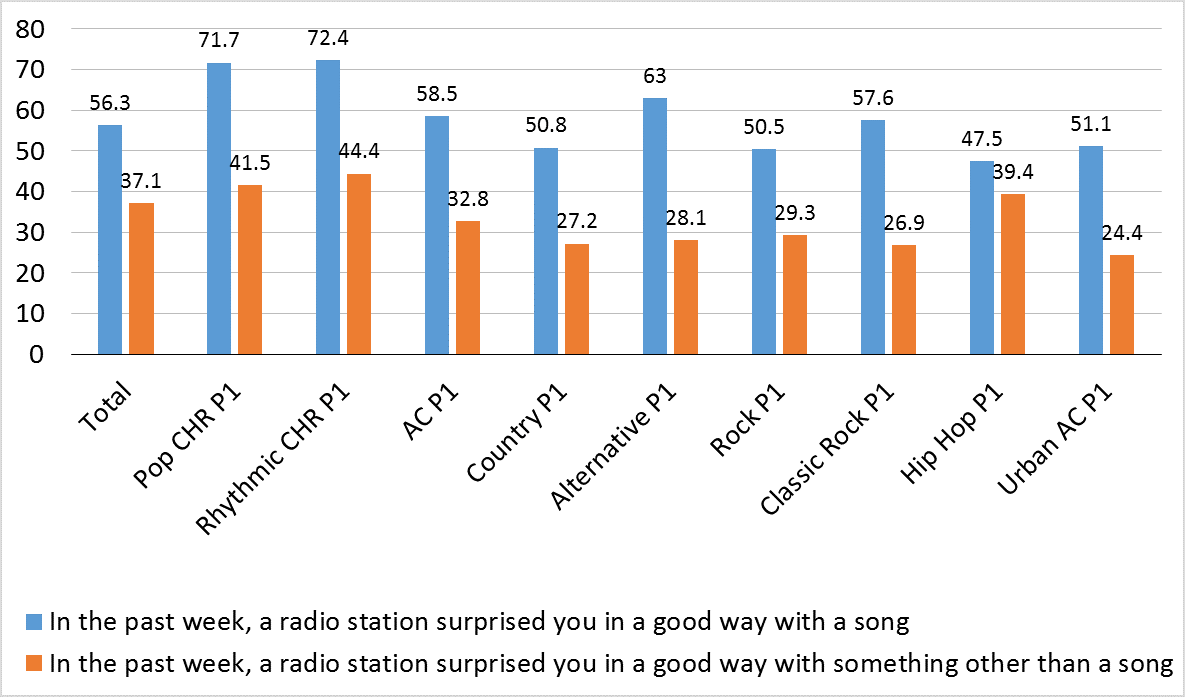 If you ask what it was that surprised them other than a song, the answers tend to be contest prizes and funny morning show bits.  Well-designed contests hit the mark, as does genuinely humorous comedy.  While listeners rarely cite being pleasantly surprised by station imaging, we’re certain that there are instances of that among the 37% overall who were surprised in a good way by something other than a song in the past week.

While we stand a sharply greater chance of delighting listeners with music on music radio stations, shouldn’t nearly everything we put on the air be in pursuit of making listeners delighted with what comes out of the speakers?  In our research we’ve seen the power of benefit-oriented positioning statements like “Music that makes you feel good” and “Songs you can sing along with,” compared to attribute-focused slogans like, “The best of the 90’s, 2K and today.”

Would Lululemon be around today if they focused their brand on describing themselves as “The best clothing for yoga and today’s active adult?”  How about, “Nike: Shoes for running & more?”  The thing these brands have in common is that they reflect the attitudes and aspirations of their consumers.  Shouldn’t radio – a collection of brands with no physical product at all – be able to do the same?

We do ourselves a disservice in our research when we ask listeners relentlessly about radio and radio stations.  What if we ask at least a little about them?  Their attitudes?  Their aspirations?  What makes them happy?  Wouldn’t we be more able to create programming, promotions and imaging in tune with them?  Wouldn’t we be likely to delight them when they tune in?