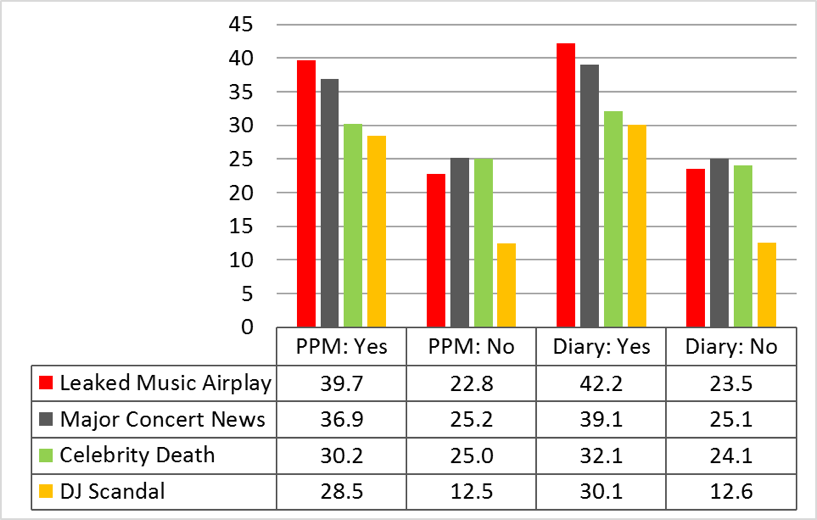 Contesting is the #1 tactic that stations use to try to change the game – to build short-term ratings gains for important ratings periods. Through our Ratings Prospects Studies at NuVoodoo, we’ve asked tens of thousands of respondents about the desirability of different types of prizes, various methods of contest entry and, recently, about concerns that the contests are rigged.

But, what other things can stations do independently (or know to seize upon when possible) in order to gain ground in the ratings? Weather emergencies generate lots of AQH for stations, as will certainly be among the outcomes of Hurricane Matthew. In addition to the short-term ratings gained during the storm and its immediate aftermath, stations that program wisely through the storm will build good will and bolster their images for all types of information coverage.

But, we were interested in events music stations should seize upon when possible in order to build ratings. So, in the most recent NuVoodoo Ratings Prospects Study we asked respondents if they’d ever listened more to the radio or changed the stations they listen to in the wake of four types of events:

The first thing that jumped out of the data is that all of these events have significantly deeper impact among the respondents we’ve identified as the most susceptible to end up within the ratings samples for either metered methodology or diary methodology.

Of course, which coverage gets the greatest interest (and ratings lift) varies by format constituency – and exact circumstances. But these numbers reveal the importance of seizing the moment when the moment comes. And, parallel to the practice at well-programmed information-driven stations, which types of events stations should prepare for in advance. 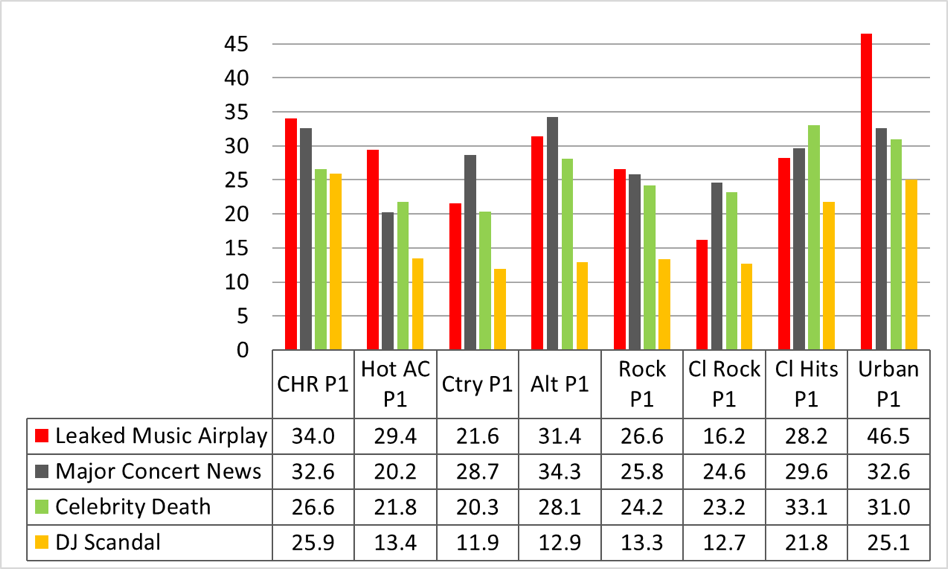 Just as newsrooms write celebrity obituaries long in advance, it would make sense for Classic Hits stations to have plans for what they’d do in the event of the death of any important library artist. Seeing these numbers should cause programmers of current-driven formats to consider what they’d do in order to get an early copy of a forthcoming release. For some formats, even getting early word of a local concert date is noteworthy.

At the end of the day, radio programmers are charged with attracting and retaining an audience. If you imagine stations as groups of performers in a large crowd of people, ask yourself what you would do to get more people to come over to watch? If you succeed in getting people to wander over, how will you keep them from leaving – how to seize the moment.