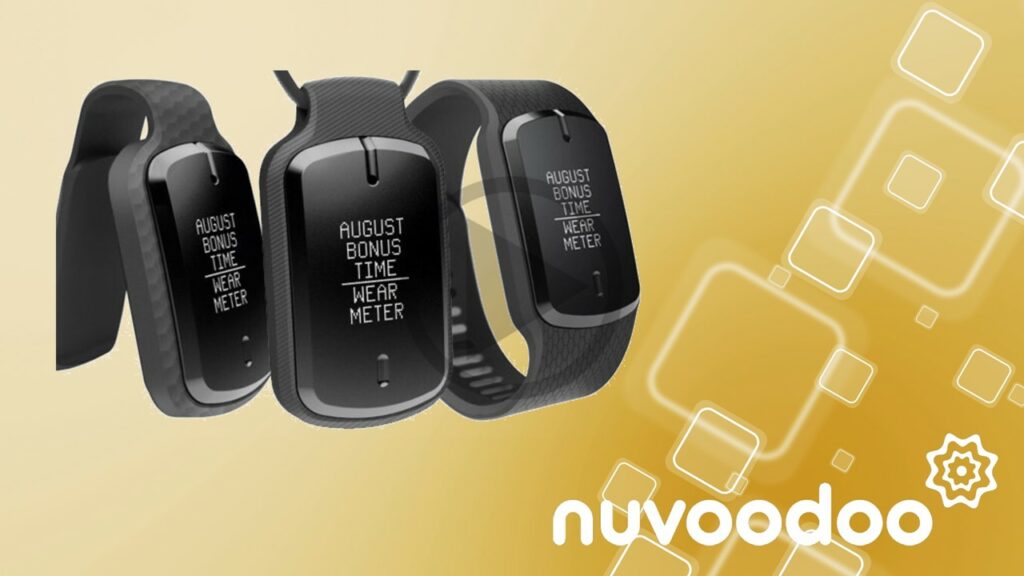 Nielsen says, “Approximately 50-75% of the panel is expected to convert to PPM Wearables by year-end 2022 with the balance coming in 2023.” While that’s a BIG change in measurement, they’ve done their homework making careful observations of in-tab rate, carry time, undock and docking times for the new wearables. Their data shows all of those key performance indicators meet or exceed those of the current PPM devices.

They’ve said that carry time goes up with the new devices, though overall media exposure detected by the new wearables mirrors that of today’s meters. So, carry time is up, but ratings are flat. The Nielsen data shows overall listening is level; they show small lift in some demos, along with some small declines in other demos.

As I heard a flight attendant warn passengers regarding items in overhead bins after a bumpy landing, “shift happens.” The shifts from the new meters will be a GREAT thing if your station(s) happen to be among those blessed with increased quarter hours. But there are bound to be circumstances where the new devices reduce listening.

An important part of the new wearables program from Nielsen is a companion smartphone app. The technological purpose for the app is to collect listening data from the new, smaller PPM wearables in the household and transmit the data to the mothership. The new app also allows Nielsen “to target key demographic groups with coaching and incentives to further improve installation rates.”

The word “incentives” wasn’t italicized in their deck, but it indicates that they can up the ante for demos, days, dayparts, etc. that need help. Contests have been around as incentives for the population of panelists for some time, but now communication about those contests has been “app-ified.” As the panel shifts to the new devices it’s reasonable to expect that respondents will become even more focused on rewards and contests.

As NuVoodoo marketing guru PJ Kling said of the coming changes, “Let’s get in front of it.” Our nineteen twice-annual Ratings Prospects Studies have shown nineteen times in a row that cash, awards, and prizes are the top reasons to participate among likely ratings respondents. 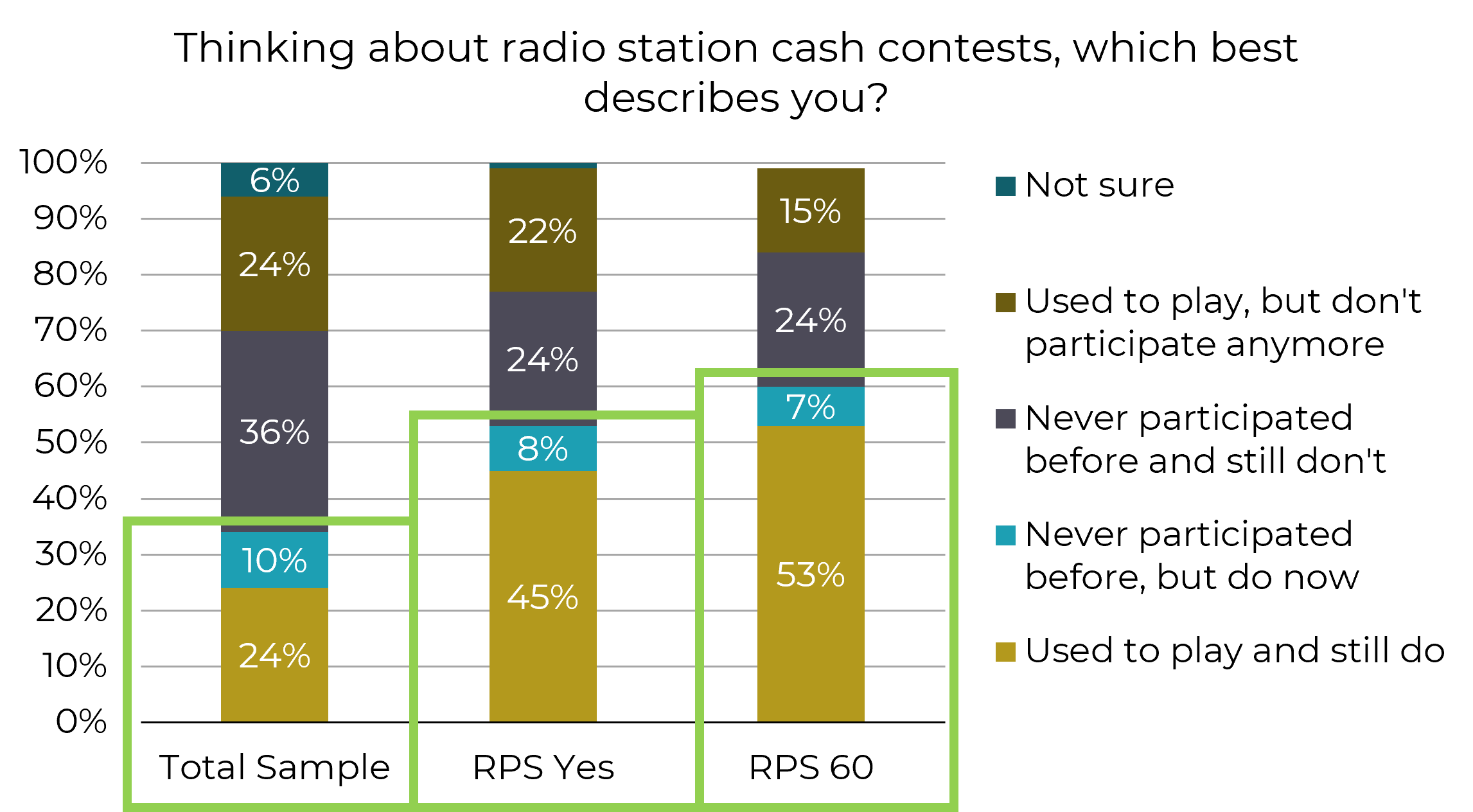 And those numbers track when we asked respondents when they’d last participated in a radio station contest: about a third of respondents overall, half the “RPS Yes” ratings likelies, and three in five among the heavy-listening subset of ratings likelies, RPS 60, say they’d participated in a radio station contest in the past month – many of them in the past week. 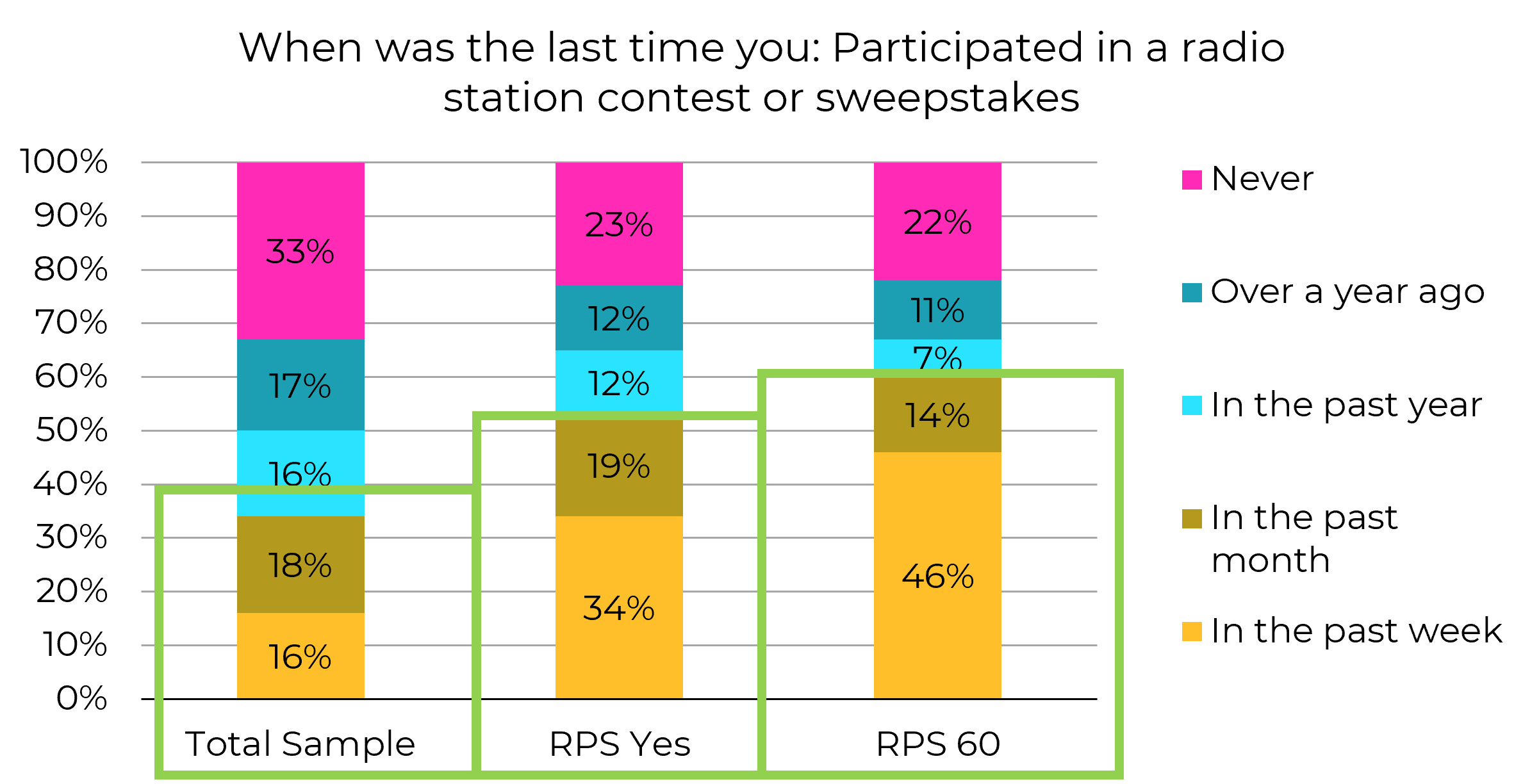 And the potential for lift from contesting is potentially even broader, with over half our sample agreeing that when they see an ad about a radio station contest, they usually tune in – even if they don’t participate.

Nielsen’s altered its recipe, which means stations need to alter their marketing recipes to meet the new challenges – and maximize the new opportunities. PJ Kling and Meghan Volk from the NuVoodoo marketing team show you through the details in videos about the motivations of likely panelists and how we’re drilling down to get maximum effectiveness from every promotional dollar.