Getting Music Listeners to Listen More 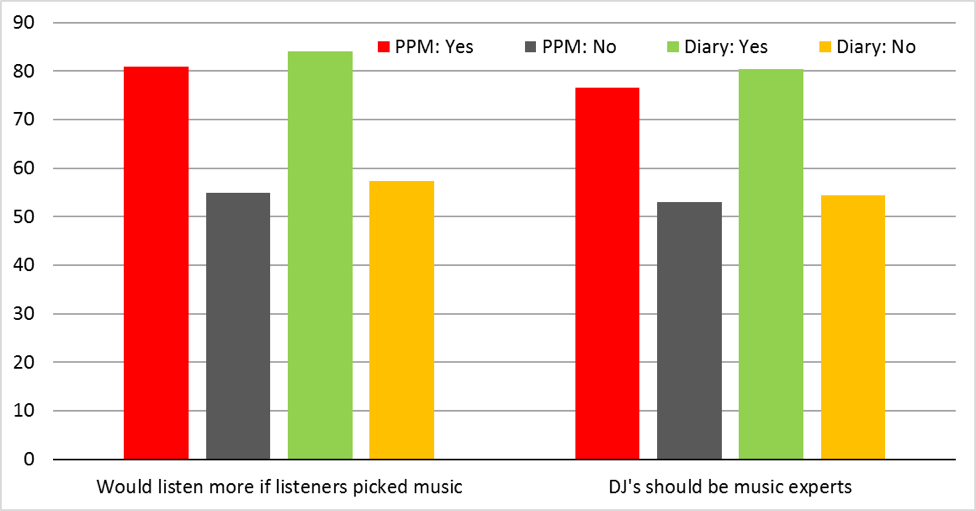 We’ve shown before that likely ratings responders spend more time with radio and pay more attention to radio programming. Since most stations rely on music for the bulk of their programming, it would make sense that likely ratings responders also pay more attention to the music on radio stations. Yet, as we’ve talked about previously, music selection and scheduling is a black box for nearly all listeners. Stations don’t talk about how they select or schedule music. And thus, these factors don’t weigh into station choice for listeners.

But again, when we compare the people most likely to end up in the ratings samples with the rest of the population, we find that they’re more interested and more influence-able than those unlikely to show up in the ratings samples. Specifically, likely ratings responders are more inclined to say they’d listen more if they had a hand in picking station music or that the DJ’s they listen to should be music experts.

Think about it in terms of your own consumer experience outside radio: you’re more likely to notice attributes of brands once you’re alerted to them through advertising. Yet, most radio station music is “the best” or “number one” or “what we want” with no further explanation.

Broken out by groups of different format constituencies (among both those likely and unlikely to participate in ratings), Classic Rock shows up as the format where P1’s are most interested in DJ’s being music experts (an idea that has its roots in early rock formats). But, all formats show a decided interest in having listeners involved in choosing station music. And the truth is that listeners ARE involved in choosing station music in most cases. Stations just don’t talk about it. 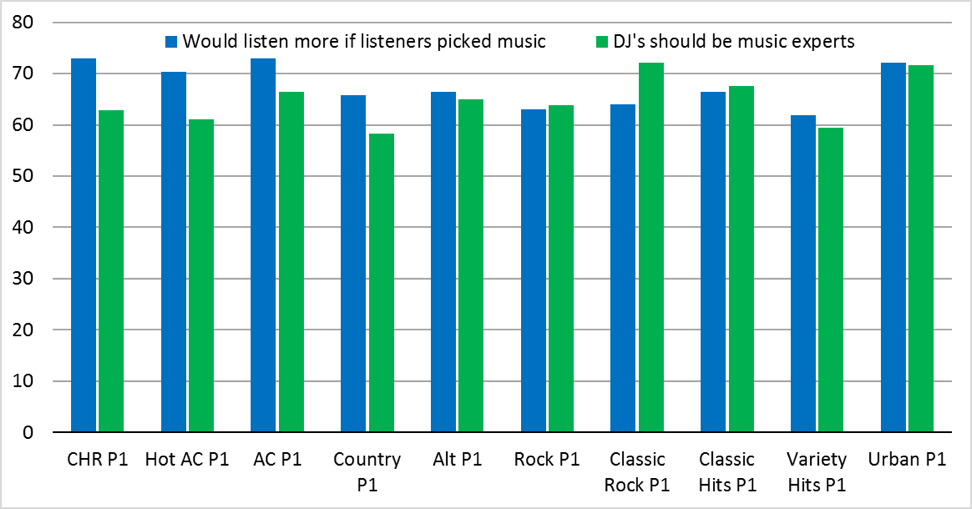 The killer combination of ideas and words will vary by format, market and specific station. And whether or not consumers’ behavior predictions will come true remains to be seen. But, with budgets tight, resources limited and competition on the rise, finding a way to use music selection as positioning seems well worth exploring.