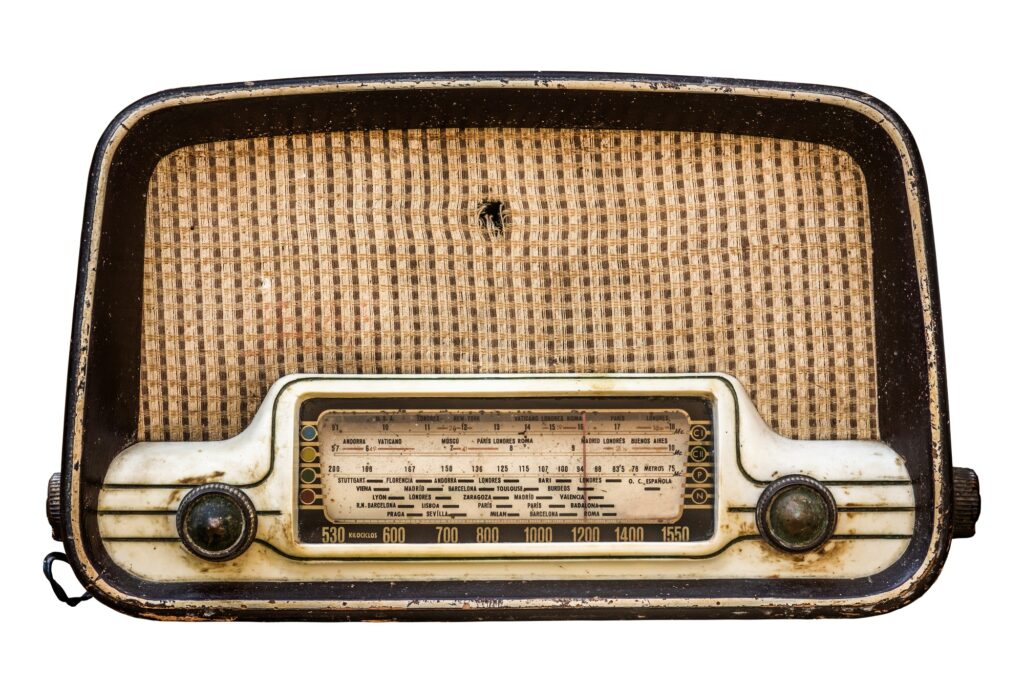 Last week’s All Access Audio Summit was a great event. A hearty congrats to Joel Denver and his crew (along with Russ Gilbert and the team from NuVoodoo Conference Cloud, who produced the event). While I absolutely missed seeing folks in person, the two days of sessions packed a lot of information. And, though lacking in libations, the networking lounge was a great opportunity to catch up.

Consulting with clients caused me to miss a few sessions I’d really wanted to see – just like at the in-person event – but this virtual event means that I can catch up by watching the recordings of those sessions in the days to come. The content lives on at allaccessaudiosummit.com.

Carolyn Gilbert and I were third up on the opening day agenda of the conference. Our session covers a lot of ground, including insights from three different NuVoodoo studies. In terms of showing the sea change we’re living through, this chart from the plus-sized NuVoodoo ASAP Study we fielded earlier this month says a lot. 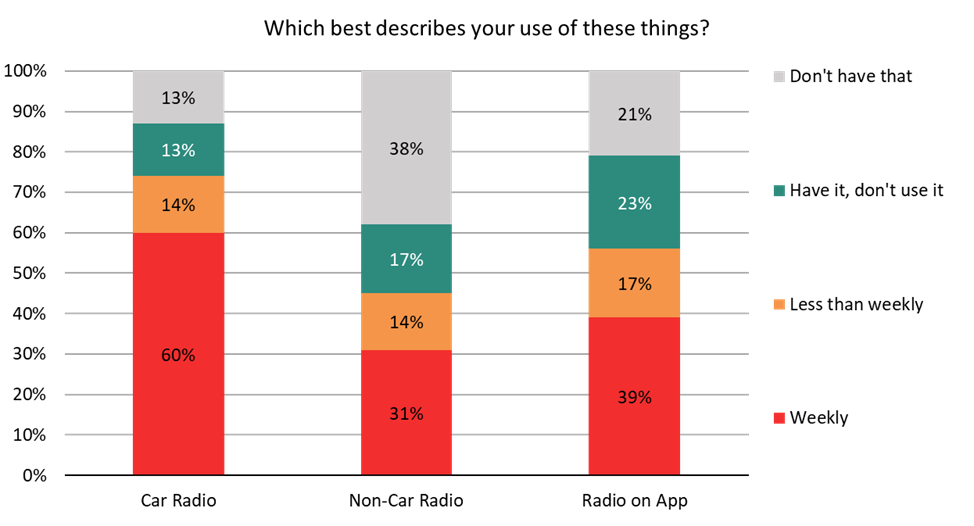 Among nearly 1100 Adults 18-54, just 60% (in red) say they use a car radio on a weekly basis – a shift brought about largely by the pandemic. We extensively described other types of radios people might have in their lives: boomboxes, clock radios, table radios, under-cabinet radios in kitchens, receivers in home stereo systems, Bose Wave radios, etc., and 38% (in gray) say they don’t have any of those. Another 17% (in teal) say they have one or more, but don’t use them. Weekly usage of these non-car radios sits at 31% among this sample.

Our device-agnostic future is illuminated by those who are listening via streaming using apps and websites on smartphones and computers and the like. We see that 39% are using streaming to listen to local broadcast stations path on a weekly basis – more than are listening that often on non-car radios. We see 21% say they don’t have a device that can listen that way. Though the likelihood is that they DO have a device that can listen that way, but don’t realize it. Then there are 23% who say they have the technology, but don’t use it.

It’s unlikely that your station(s) is going to cause people to run out and start buying radios – even if they can find them on the shelves of retailers. People are, however, adding smart speakers and smartphones and computers and tablets to their lives. And you can use the power of your broadcast megaphone to entice them to listen to your programming on these additional devices and teach them how to access your programming there.

Smart speakers are great because behavior can become habitual for listeners, “Alexa play WXXX.” Apps are great because they allow the communication to become two-way. Most apps allow users (listeners) to send comments, audio and pictures back to the station. If other listeners hear and/or see that the feedback capability gets attention from the station, they’ll be incentivized to install and use the capability as well.

It’s up to us to ride the future – and that means thoroughly adopting the device-agnosticism we’ve talked about for years. As Carolyn quipped, “We’re almost 100 years away from the days when the floor-bound radio was the centerpiece of the living room. The transistor radio, the clock radio, the under-shelf radio, the Bose Wave radio – they’re antiques, just as the 1936 Stromberg-Carlson sitting under a vase of flowers is at my house. Doubt that? Try to find any of them at Best Buy.”