Whose Programming Are You Countering? 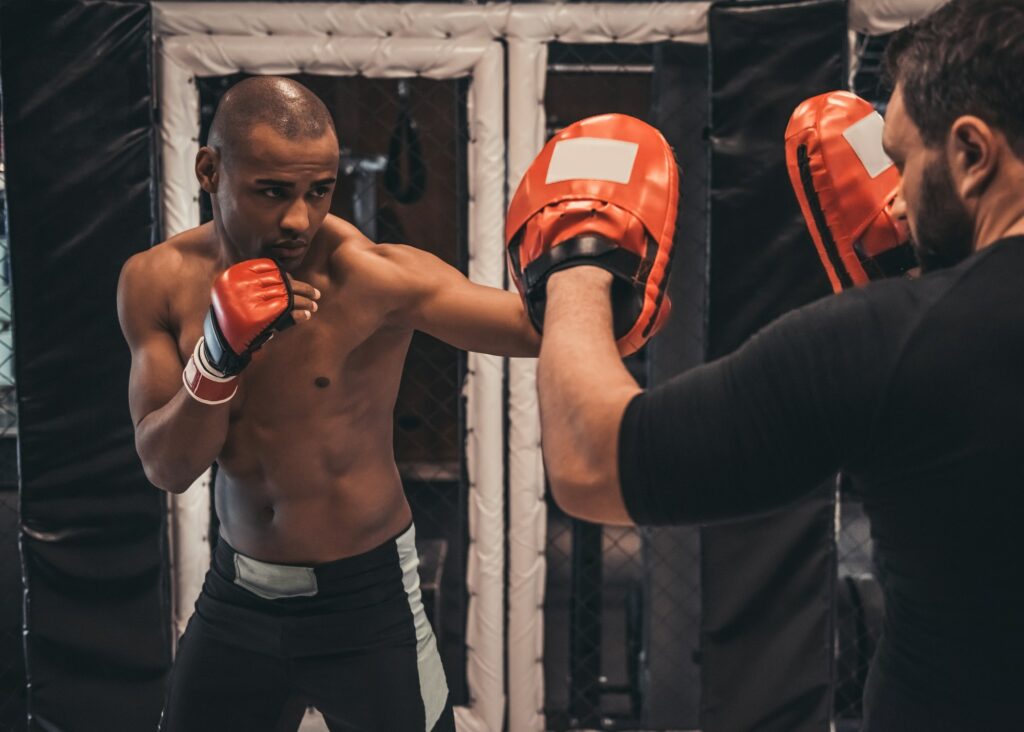 Radio is not the only heritage medium working hard to find its feet as the world is shifting. Jimmy Kimmel made his traditional appearance last week at the Disney upfronts to roast Disney/ABC and the rest of network TV saying, “CBS is once again calling themselves the most-watched network. Being the most-watched network is like being the best-selling fax machine. Congratulations.” You can only imagine the things Kimmel would say about broadcast radio.

We know some of the things that ring true about radio among the 1100-person NuVoodoo ASAP Study we fielded last month for the All Access Audio Summit. Across that sample of adults 18-54 nationwide, nearly 3 in 5 agree that “radio stations all break for commercials at about the same time.” That number rises to over 7 in 10 among the 16% of the sample who model through as likely to participate in PPM, labeled “Ratings: Yes” in the chart. 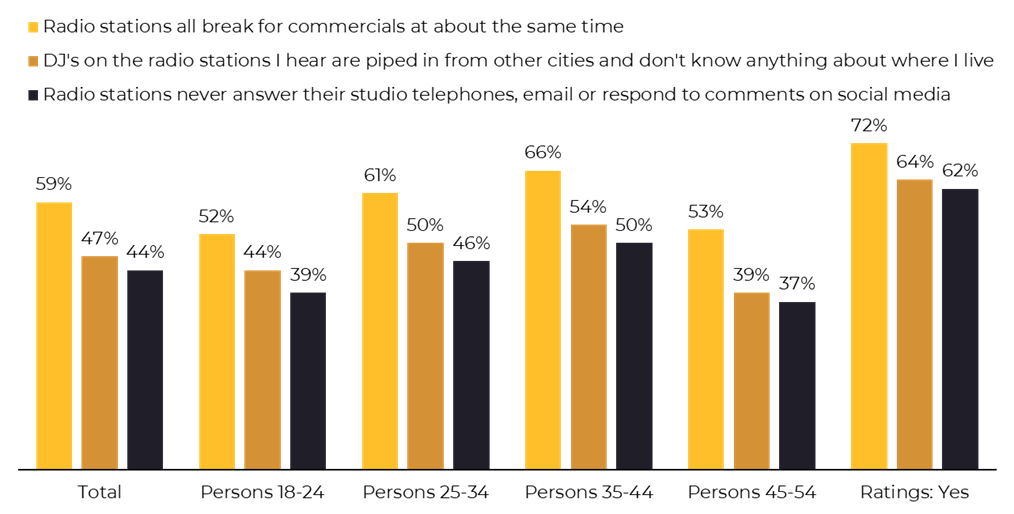 Those who make it into our “Ratings: Yes” breakout tend to be more familiar with what happens on the radio – so no surprise that a greater percentage notice that breaks can stack up – but they also tend to be more supportive of radio stations. While fewer than half of the sample overall agreed with our prompt, “DJ’s on the radio stations I hear are piped in from other cities and don’t know anything about where I live” – that number jumps to nearly 2 in 3 among those likely to participate in the ratings. Likewise, 44% overall agree “Radio stations never answer their studio telephones, email or respond to comments on social media” – yet that number goes up 18 points among those likely to participate in the ratings.

At a time when lives have been turned upside down and habits have been shaken up, facing our new competition means making radio as user-friendly as possible. We should be working to make our human hosts and local programming into product enhancements that DSP’s just can’t match. We need to balance counter-programming our broadcast-radio competitors with recognition that a listener who can’t find a way to punch around commercial breaks can punch out of radio entirely. Maybe there are times when you’re better off losing the quarter hour to a competitor rather than losing the listener from the total PUMM or PUR level entirely.

We’re designing our next NuVoodoo Ratings Prospects Study now – our eighteenth – to be rolled out in July. As the percentage of the country that’s vaccinated continues to increase, people are eager to see family and friends, plan vacations, get back to the things they love. Companies are working on bringing the work-from-home force back to the office. More folks working outside the home means stronger drivetime numbers for radio – and stronger workday listening levels, too. And NuVoodoo is looking forward to helping radio reboot the commute.

Our new study will focus on this anticipated post-pandemic “normal.” We’ll look at where people are working now – and where they expect to be working in the coming months. We’ll investigate their audio media habits in the car, at work (wherever they’re working now – and what they anticipate if they’re going back to the office) and at home. We want to know about radio listening among people with newer cars where radios aren’t front and center. We want more detail about streaming of radio stations on smartphone apps and smart speakers. If you have questions you think we should ask, shoot me a note at leigh@nuvoodoo.com.