NuVoodoo Ratings Prospects Study 19 nearly finished in the field now. We’re looking forward to diving into the new data and sharing it with the industry in a free webinar in February 16. To get ready for that presentation, we’re reviewing our top findings from the two NuVoodoo Ratings Prospects Studies conducted in 2021. Last week we shared findings ten through seven. The countdown continues this week with findings six through four.

Number 6: Make sure you treat those who take the time to interact with your station like movie stars. Comparatively few among your overall audience will interact with your social media posts (or join your station VIP club or opt in to your text messaging program) – but those who do those things have an outsized chance of falling into the group of likely ratings prospects, the ones we label “RPS Yes” in our tables.

In the example below, just about a quarter of our overall sample of over 3,000 14-54’s across all PPM markets say they interacted with a radio station social media post in the past week – but the number jumps to nearly half the RPS Yes ratings likelies. 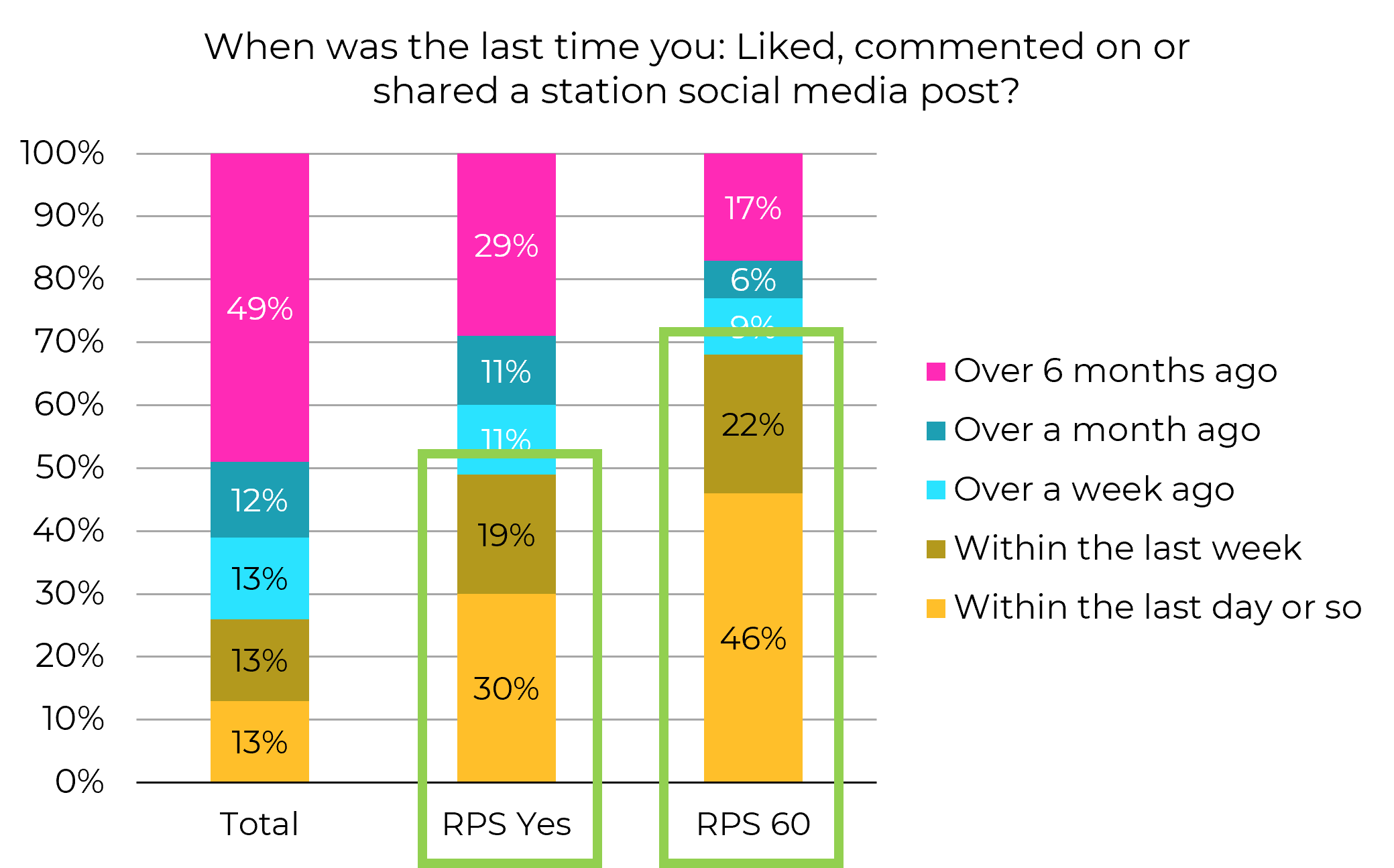 Even more valuable are those among the smaller subset of those who both model through as likely to end up in a Nielsen sample AND spend an hour or more every day with AM/FM radio – we label them “RPS 60.” They account for only about 7% of our samples, but they’re the people who make or break station ratings. In the chart above, over two thirds of them say they interacted with a station social media post in the past week. You’ll find more detail about this finding in a video here.

Number 5: Long-form video programming being viewed on YouTube and ad-supported “over the top” (OTT) video providers (think Hulu and similar services with embedded commercials) give stations a potent marketing strategy to get in front of RPS Yes ratings likelies and the precious RPS 60 heavy-listening subset. 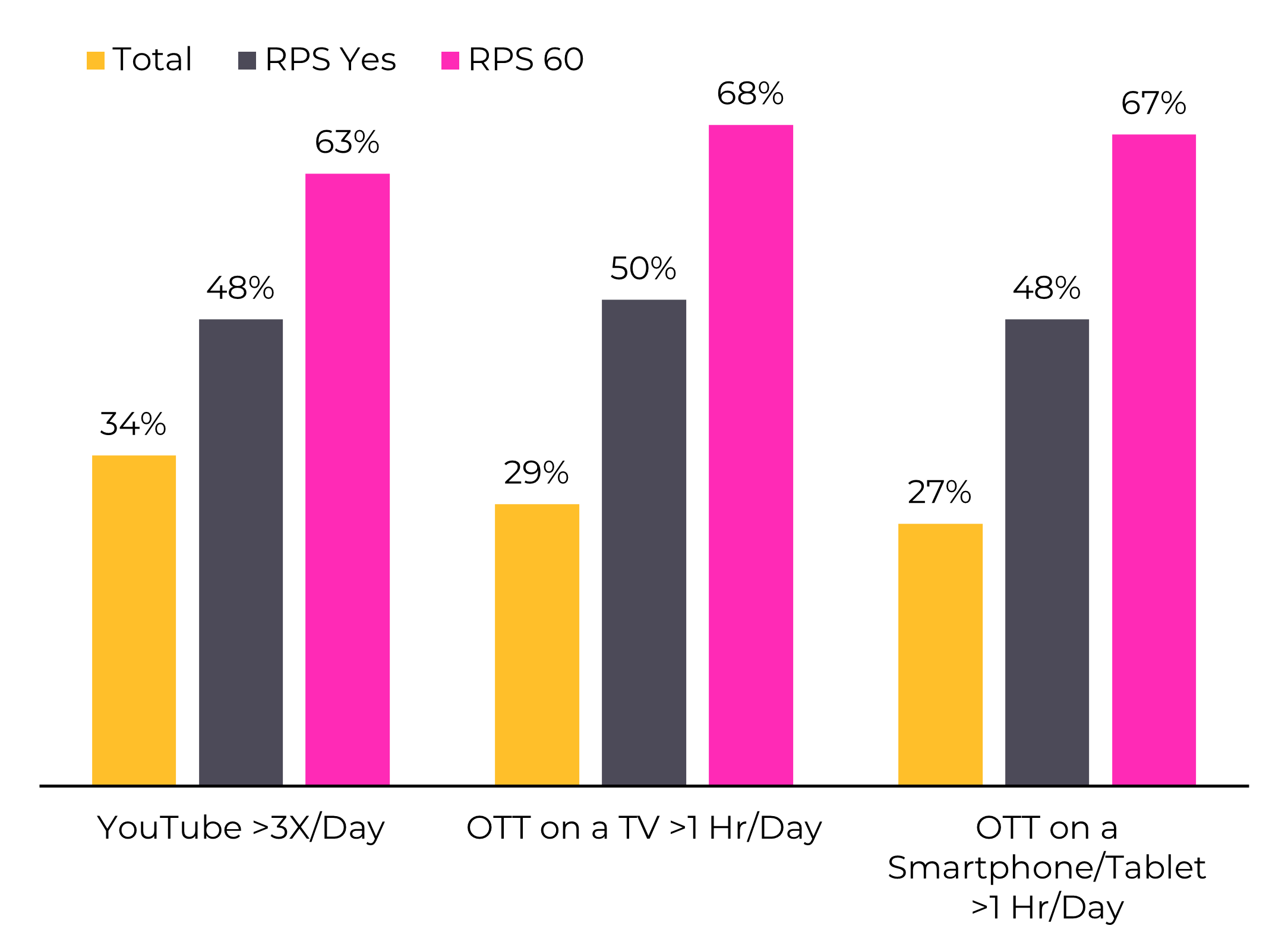 YouTube and other internet-delivered video programming usage was climbing even before the pandemic and showed up even stronger among our study samples last year. About half the RPS Yes ratings likelies are using YouTube more than three times a day and spending an hour a day or more viewing OTT-TV content on services that carry commercials. Those are massive numbers.

TV commercials have always been a great environment for radio station promotion. Using YouTube and OTT-TV means you’ve got the power and efficiency of digital targeting on your side – no paying for wasted impressions. You’ll find more detail about this finding in a video here. 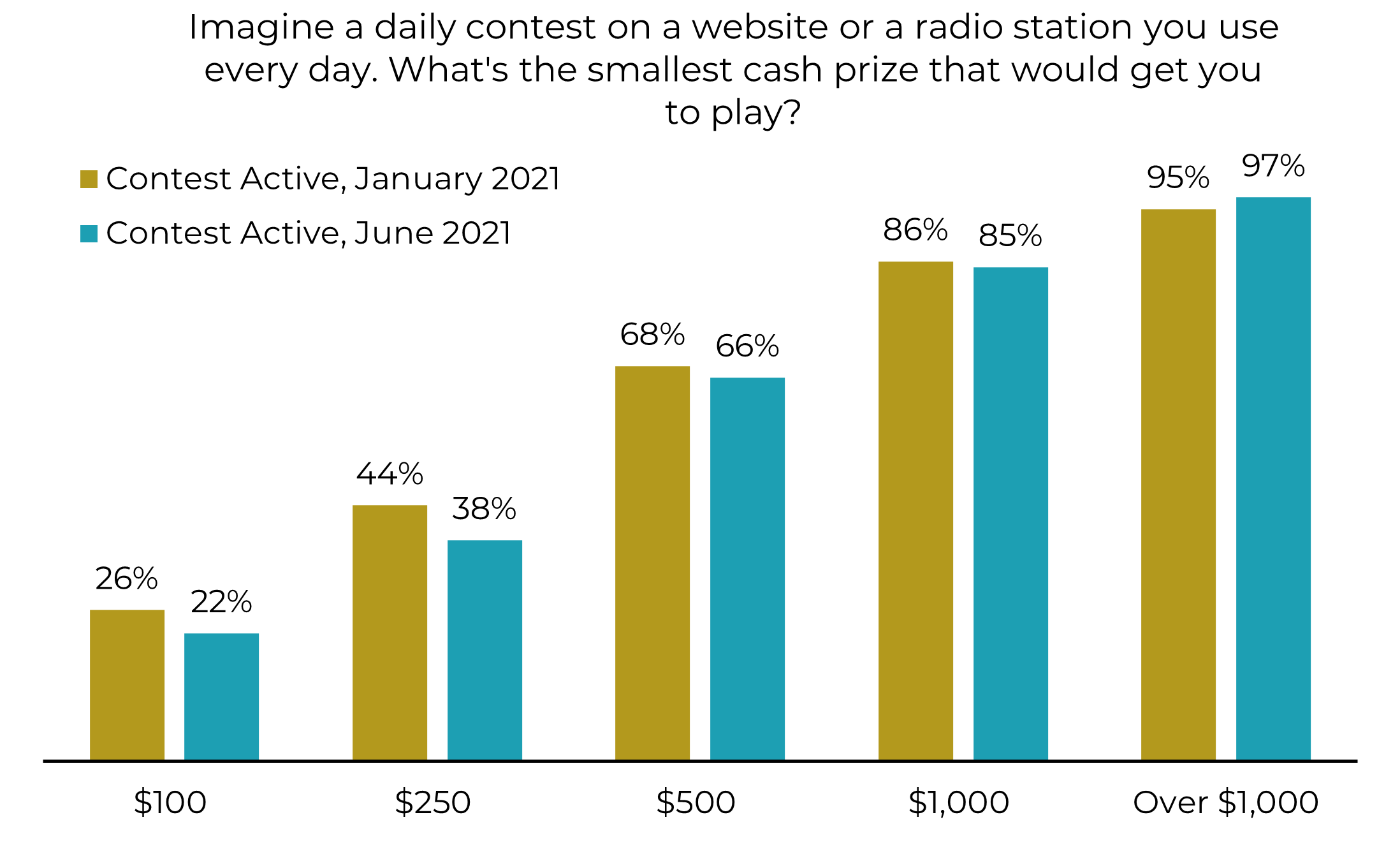 Even if you’re persuaded that catching the attention of two in three contest-actives with $500 is good enough, remember that your $500 prize is enticing … until your competitor starts their promotion with bigger prizes. You’ll find more detail in a video here.

Next week we’ll wrap up the countdown with findings three, two, and one. 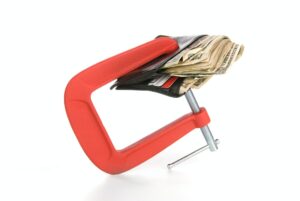