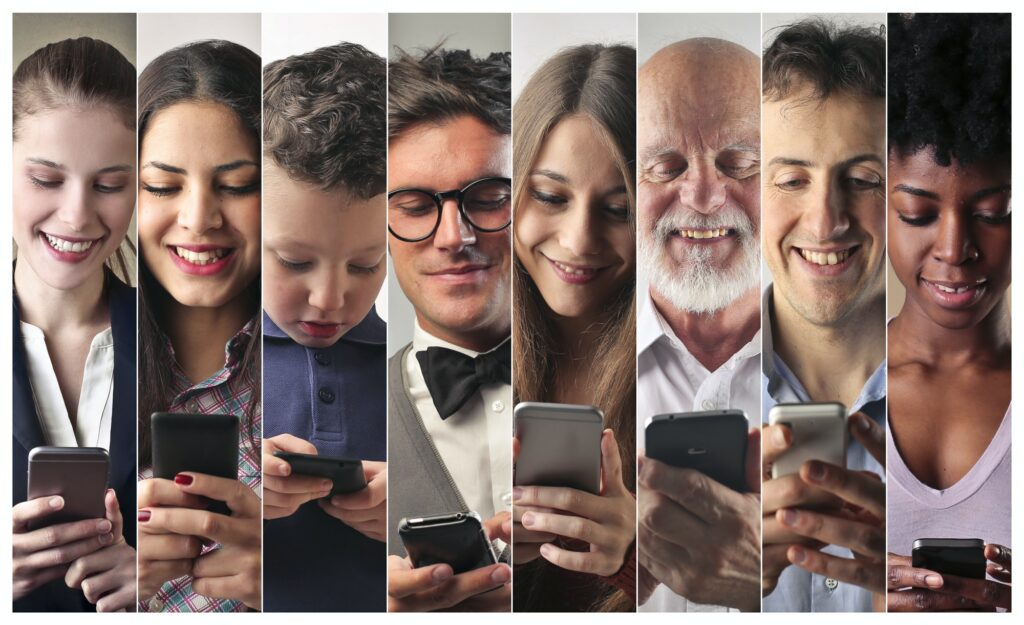 Last year’s Apple iOS 14.5 update changed the game, as targeting and tracking capabilities on iOS devices transitioned from opt-out to opt-in. We had our first opportunity to look at how consumers felt about app tracking in NuVoodoo Ratings Prospects Study 18 last June, just over a month since the introduction of iOS 14.5. Back then, just over three in five told us they opted into app-tracking at least occasionally – and nearly 40% reported opt-ins as rare to not at all. 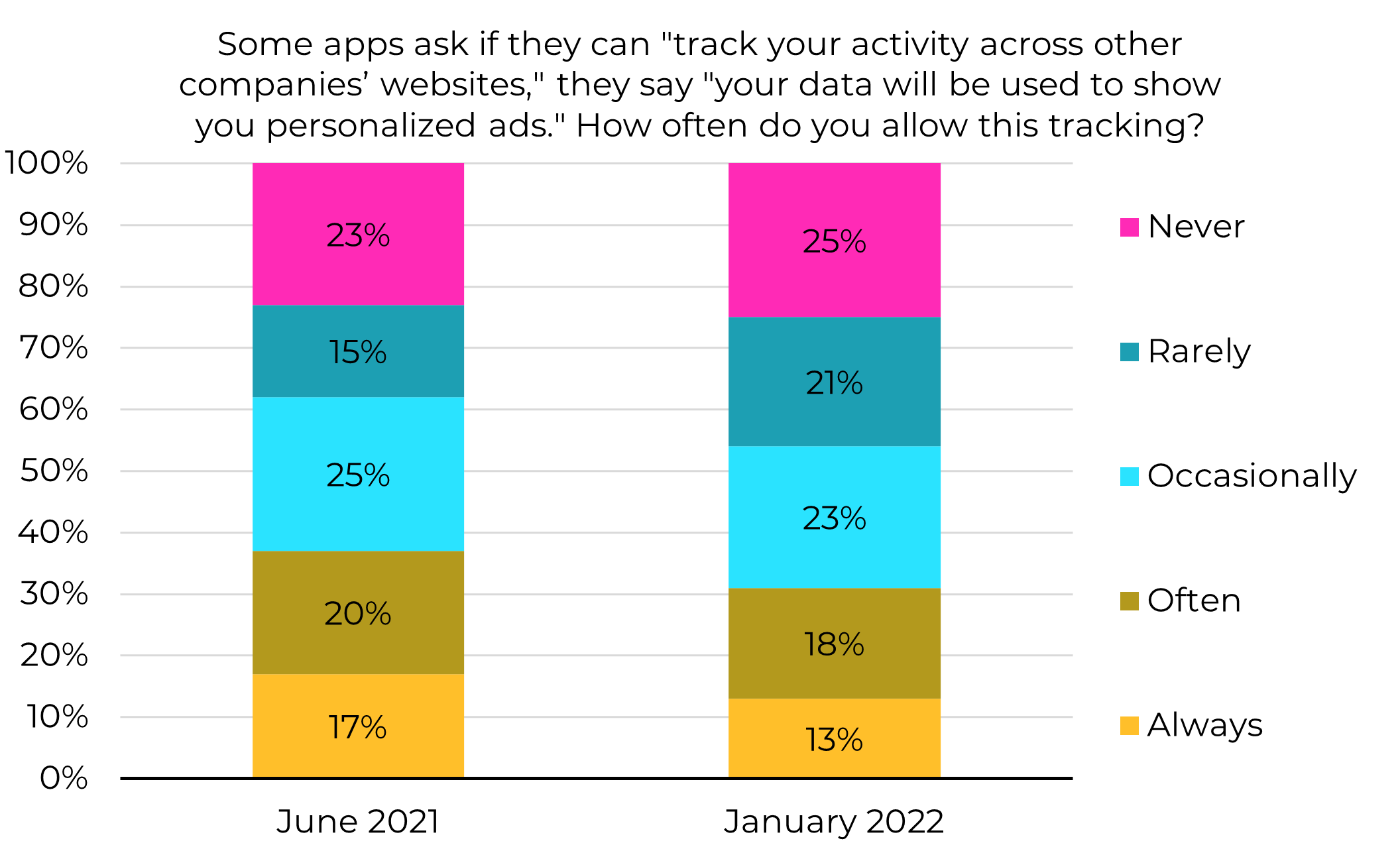 We followed up in our latest Ratings Prospects Study fielded in early January this year to see if the appetite for app location tracking had eroded further in the intervening months. Our latest data show an 8-point decline in those now giving permission at least occasionally, from 62% last June to 54%, and a corresponding 8-point increase in those giving permission rarely or never, from 38% to 46%. Keep in mind our sample includes users of all operating systems, not just iOS users.

For app-makers and advertisers, Gen X users are by far the most resistant to tracking, with just 19% opting into tracking often or always. The numbers improve to 30% among Gen Z, while Millennials at nearly 40% appear the most receptive to having their data used by apps to make their ad experience more personalized. 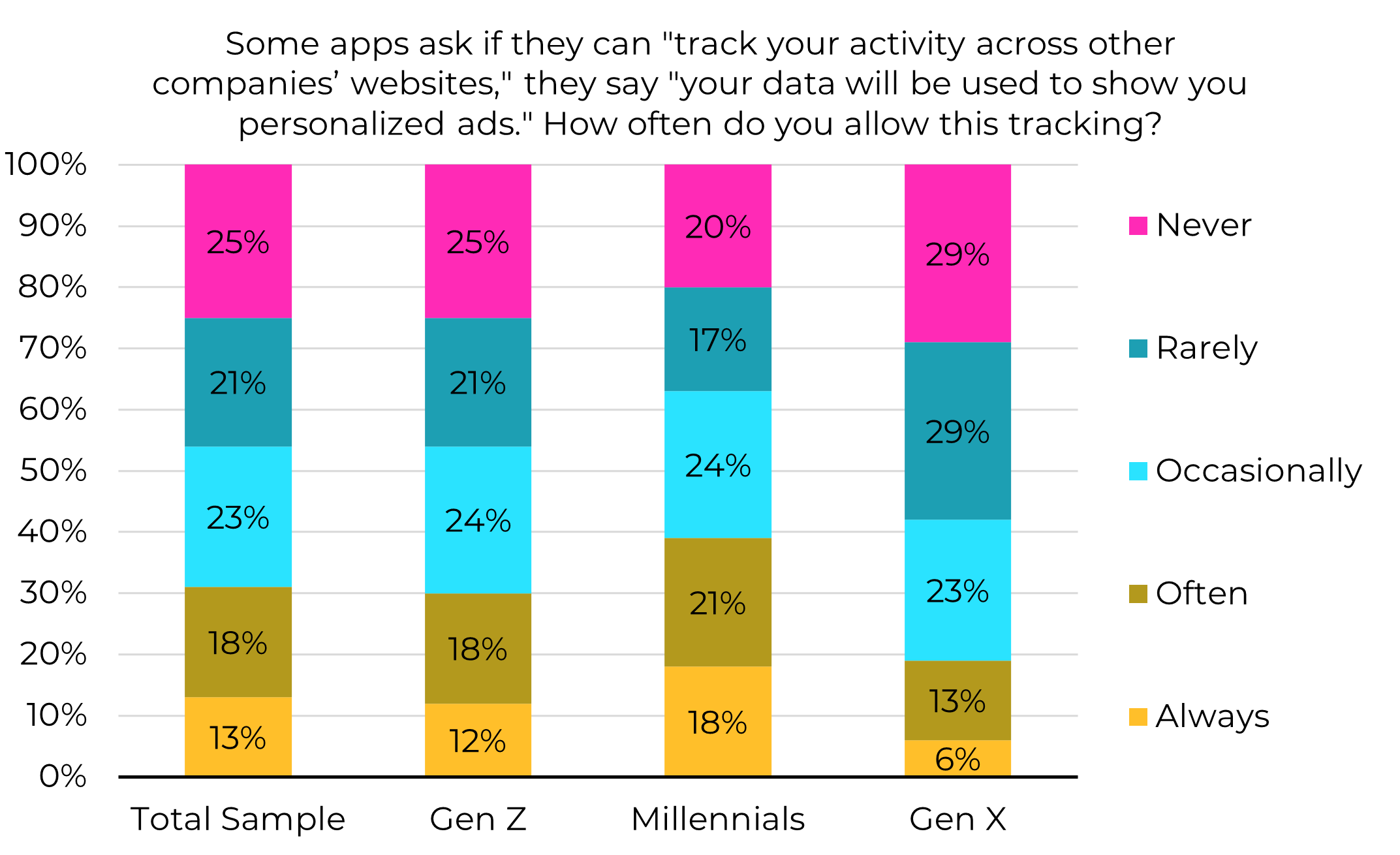 Social media – and Facebook/Instagram in particular – have been weathering a monsoon of adversity. But, based on the daily usage trend shown by five semi-annual studies dating back to January 2020, overall daily use is remarkably stable, despite seasonal fluctuations. 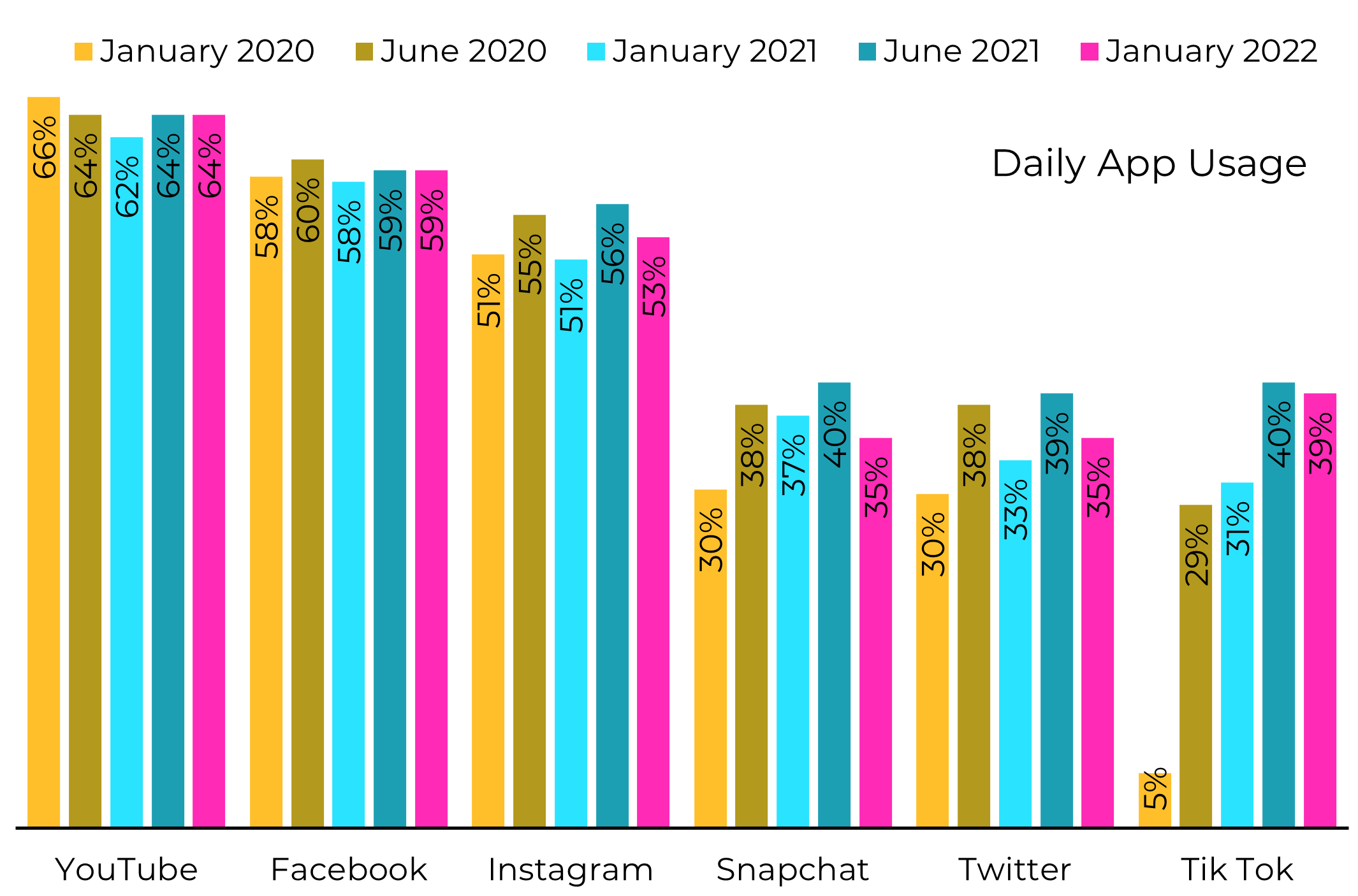 YouTube, used daily by nearly 2/3 of our sample, Instagram at better than half, and Facebook somewhere in the middle have all remained consistently in the top 3 with our overall sample. Snapchat does appear to be down slightly, even allowing for seasonal variations. Tik Tok dips a point from June, though we expect to see it climb higher in our next study in June.

Diving into our newest data, we see the continued weakness of Facebook with Gen Z, where only 2 in 5 are daily users. Meta relies on Facebook’s duopoly partner, Instagram, to pick up the slack with Gen Z. However, Snapchat and Tik Tok are competitive among Gen Z, making it a tight race. Among Millennials and Generation X, Facebook and YouTube remain comfortably in the lead and dominant among social apps. 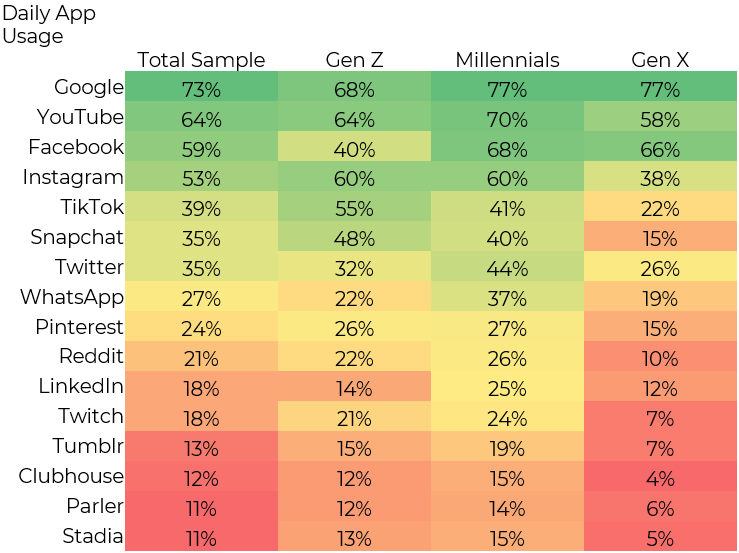 The Google app, and its owned-and-operated subsidiary, YouTube, maintain the consistent strong cross-generational daily use we’ve seen in most of our recent studies. And that strength is maintained when we look at chronic, one might even say addictive use, at the rate of three times a day or more often – especially among those likely to show up in ratings samples, labeled “RPS Yes” below, and the subset of that group who listen to broadcast radio at least an hour a day, the “RPS 60’s.” 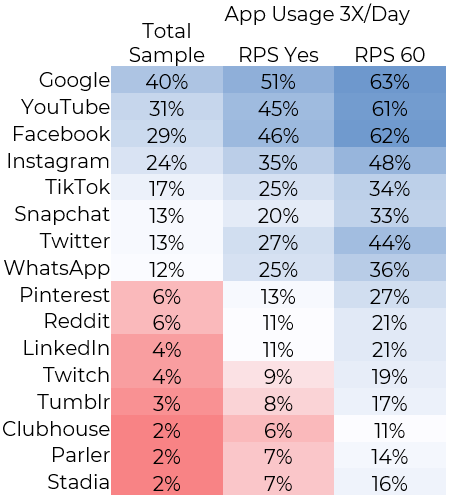 We’ll dive beneath these stats as we show data from NuVoodoo Ratings Prospect Study 19 in a free webinar on February 16 at 1PM Eastern/10 AM Pacific. We are capacity-limited, so be sure to grab your spot at nuvoodoo.com/webinars. In about 40 minutes, we’ll cover a lot of ground:

Join us Wednesday, February 16th at 1 PM EST, 10 AM PST for NuVoodoo Ratings Prospects Study 19. You can register here.