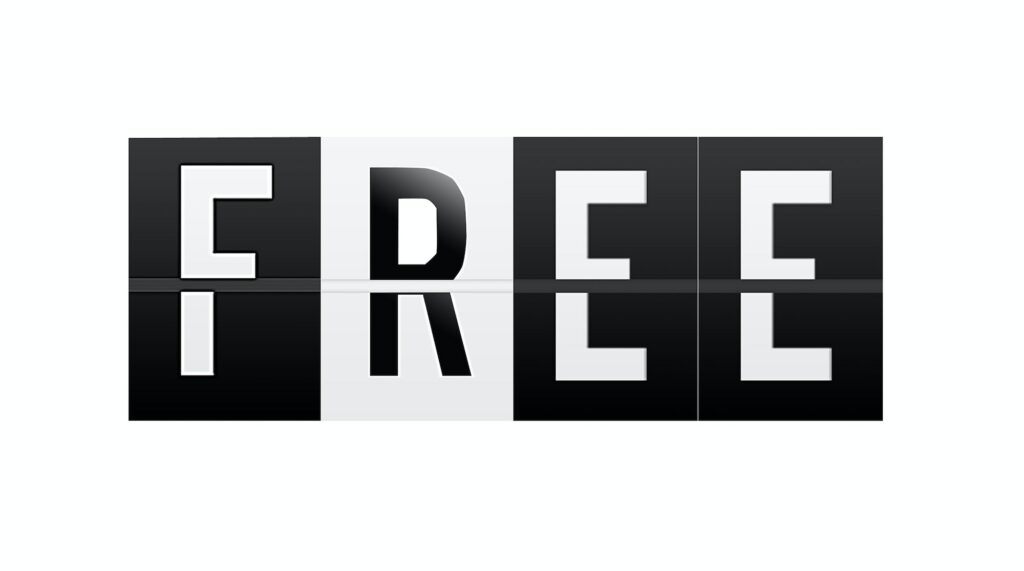 Last week we had the privilege of showing additional data from the podcast studies we did at NuVoodoo during the summer. We were at the Podcast Futures conference within the NAB Show New York. Compared to the content-creator focus of what we’d shown at Podcast Movement in August, our New York presentation went focused on podcast commercials. Well over half of our sample of nearly 1,700 frequent podcast listeners said they’ve taken some sort of action as a result of hearing a commercial in a podcast. 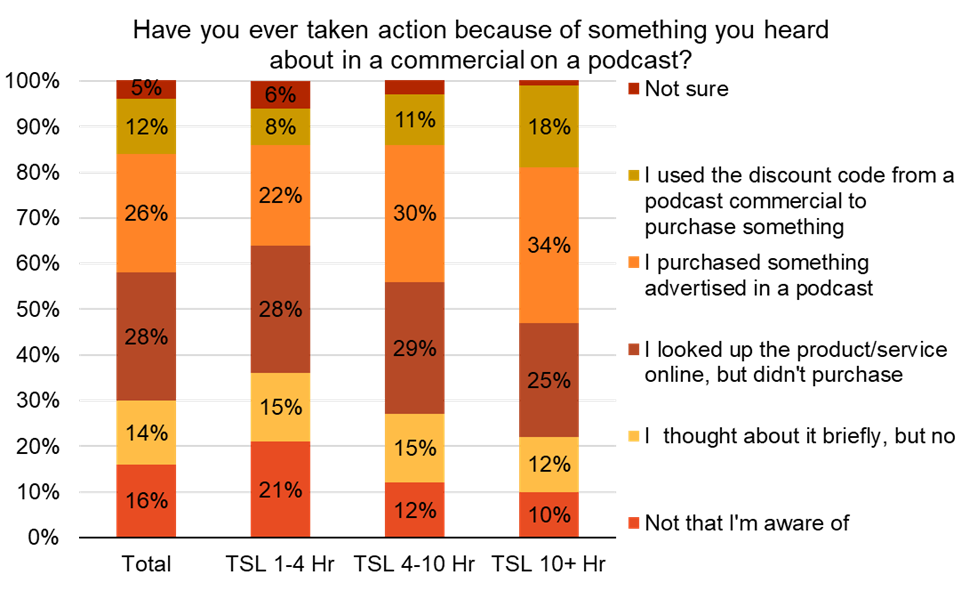 Respondents fell into three buckets in terms of the actions they’ve taken:

We also showed the types of podcasts most enjoyed by people who fall into one of those buckets – and noted that they varied from the overall sample. Interest in Health & Fitness podcasts didn’t make it into the top five ranking of our overall sample of podcast listeners, but it shows up consistently among those who’ve purchased or at least considered a purchase because of an ad in a podcast.

And we’re back this Tuesday, October 25, with a fresh CRS360 webinar for the Country Radio Seminar folks. We mentioned this one last week, we’re calling it “Song Wars.” We had 500 Country music fans nationwide pick from pairs of great-testing Country songs (represented with audio hooks) which we asked them to imagine were playing at the same time on Country stations on their car radio.

The pairs of songs varied by era – one was always a current or recurrent and the other was a gold title from one of four eras: recent gold, gold from the earlier 2010s, 2000s gold, and 90’s gold. We made sure that all the songs used in the study test equally well – this was a question of era alone. Looking at all the charts side by side, it was fascinating to see that in such faceoffs, it’s the men who are more likely to opt for the newer song. You can get the full results by joining us for the webinar. You can register here for the free webinar.