Long Live the Landline, May it Rest in Peace

At the beginning of this year, referring to data from our 3rd NuVoodoo Ratings Prospects Study, we showed that the landline telephone has become a less relevant place to search for respondents when conducting research for radio.  While landline enjoyed near ubiquity to reach US consumers as recently as the year 2000, penetration today has dropped severely – especially if you’re trying to connect with consumers for a younger-targeted station or fairly represent moderate and low income consumers who over-represent in radio ratings samples.

Our study of 3000 consumers 18-54 nationwide fielded late last year pegged landline penetration at 50% and then skimmed off two thirds of that group who are unreachable because of Do No Call lists and Caller ID.

We showed that even those few remaining cooperative landline users would be two and a half times more likely to participate in a research study conducted online in which they get a few dollars for their time (as opposed to getting nothing at all for their time on the phone).

With the telephone no longer the consistent first point of contact for the PPM sample, we maintain that it’s time to hang up the phone for programming research in exchange for lower costs, better engagement, more consistent results and quicker turnaround.  It’s just good business.

And while we’ve made the argument for research, we’re amazed at the number of stations that continue to use telemarketing for their promotional efforts.  With only a small minority of homes callable on a landline compared to near ubiquity for Facebook and other social media, why would any station continue to spend money to try to call people on the phone?

Our data show that people who connect with social media use more radio and would be more likely to accept an offer into the PPM panel if invited. 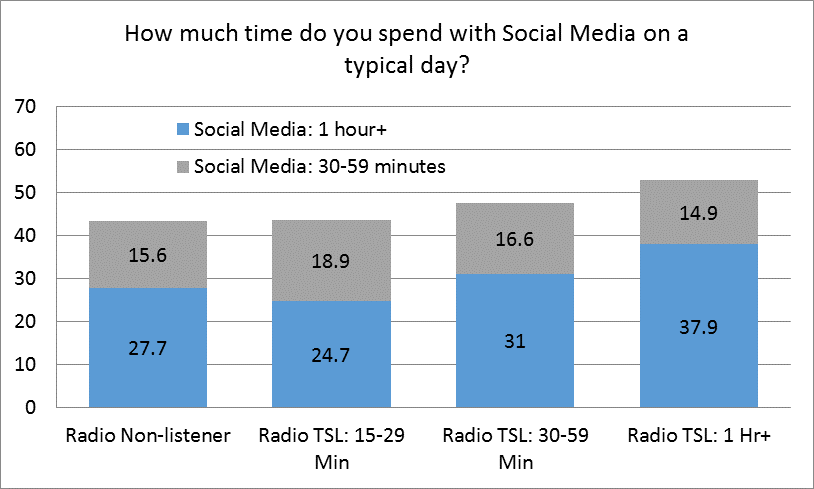 While it might be stretching the facts to call it the perfect storm, the confluence of finding people with a greater propensity to participate in the current ratings methodology, who are also good consumers for radio and are available en masse via a portal (Facebook) that includes graphics and full-motion video at comparatively low cost is still very convenient.

Deep in budgeting season for many companies, it’s time to hang up the phone, cut the cord, etc. for both research and marketing.  Connect with consumers where they are available now – not where we found them 20 or 30 years ago.  They’ve moved on.  We can too.