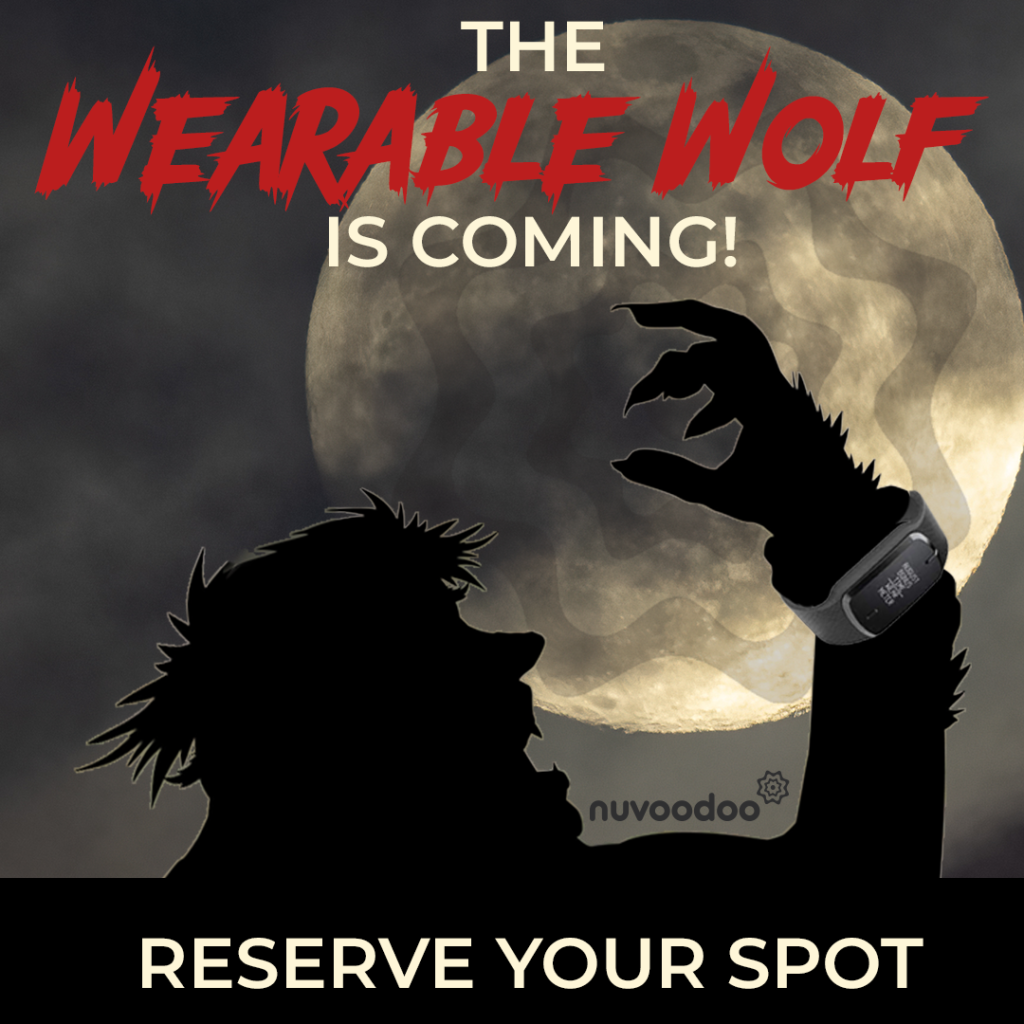 With Nielsen set to replace as much as 75% of the PPM panel with new wearable meters by year’s end (and the remainder changing over in 2023), NuVoodoo went BIG on the sample for RPS (Ratings Prospects Study) 20 just out of the field. We wanted to make sure we’d have enough respondents to dive into the subgroups of likely ratings respondents who predict they’d carry the new wearable meter in each of its three forms: clip mount, pendant, and wristband. 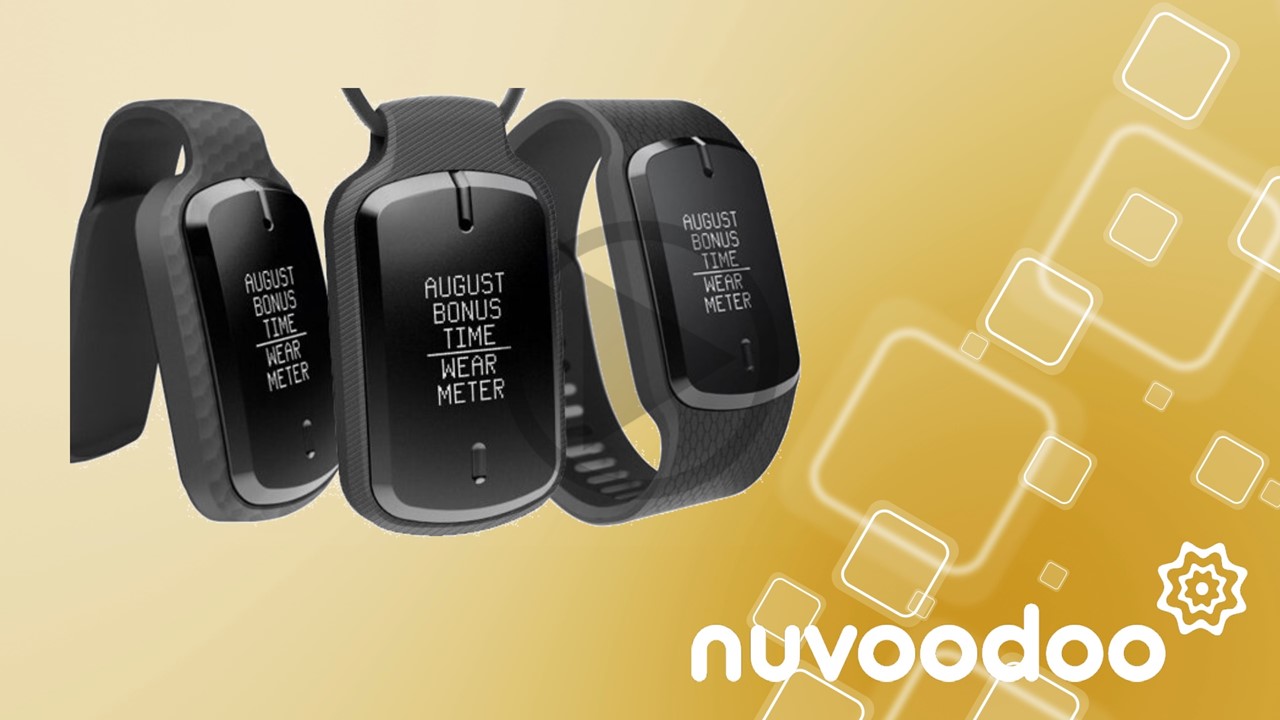 Samples for our previous nineteen Ratings Prospects Studies tipped the scales a bit over 3,000 respondents. For RPS 20, nearly fifty-five hundred people ages 14-54 across all PPM markets completed interviews – 5,495 to be precise. That massive sample will allow us to show breakouts of those who say they’d wear a meter in each of its new forms. Based on our results, Nielsen is going to need a lot of wristbands – and not so many clip mounts or pendants. 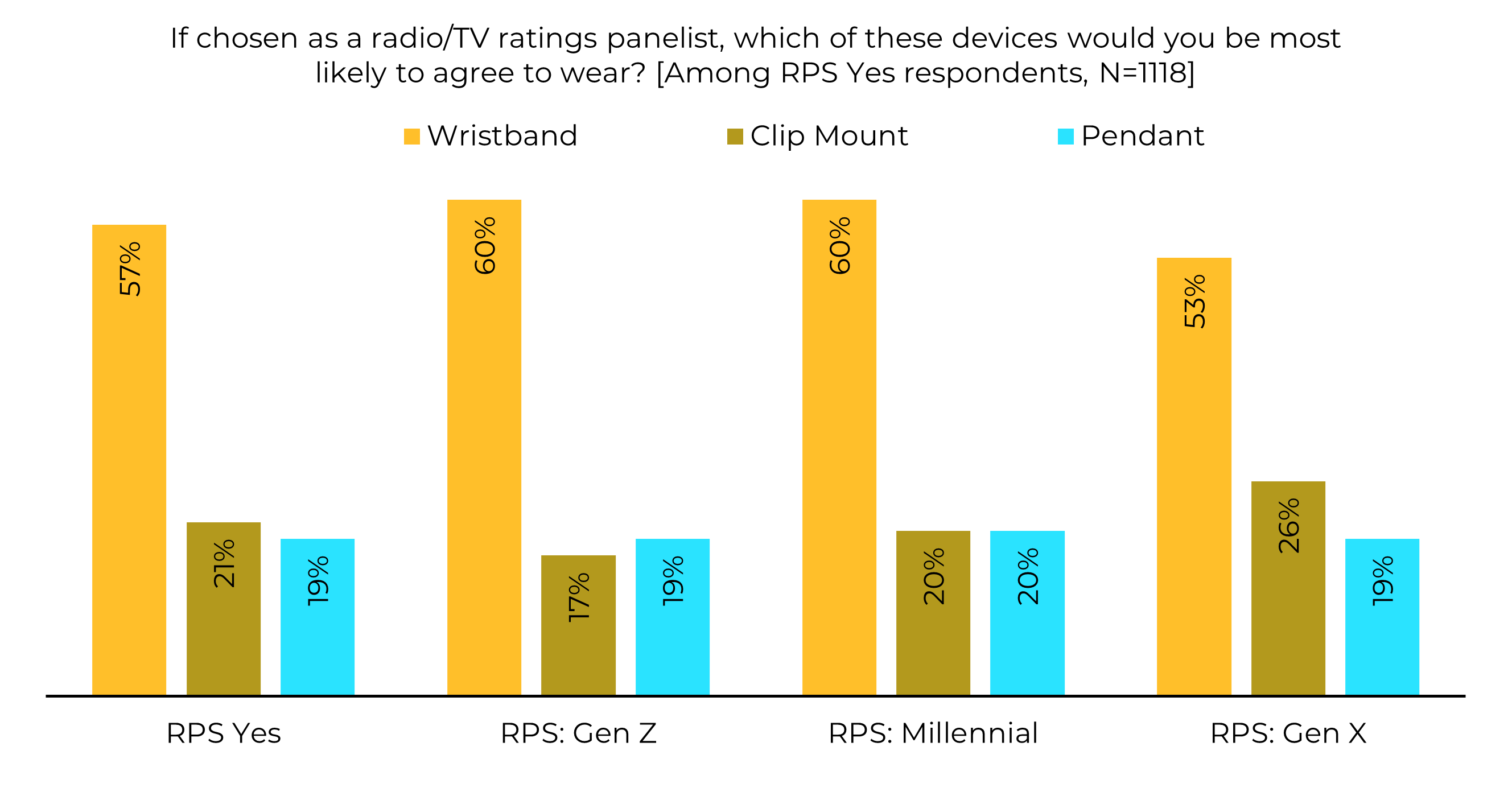 As shown above, when given the choice of the three forms, a 57% majority chose the wristband. Gen Xers (the 42-54’s in our sample) had the thinnest majority (53%) choosing the wristband and a comparatively robust 26% who liked the idea of the clip mount (basically a smaller pager). Fully 60% of the Gen Z (14-25’s in the sample) and Millennials (26-41’s) said they’d opt for the wristband.

As you might imagine, the TSL profiles for those who prefer each of the devices are not identical. The comparatively heavy interest in clip mounts among Gen X means there’ll be heavier listeners to be mined from the clip-mount squad. Conversely, TSL could be harder to come by from a population of pendant wearers.

Even with the subtle differences in the psychographics of those opting for the different form factors of the new meters, the bigger shift may be the one ushered in with the new companion app. The primary purpose of the new app is to retrieve listening data from the wearable device and send it to the Nielsen mothership. From the panelist perspective, however, the reason to install the app is to be able to keep track of incentives and contests for panelists. That change will make contesting even more important.

NuVoodoo is a virtual company with all of us working from our homes, so we’re on Zoom constantly. One of our kids overheard a group talking about wearables but misheard it as “werewolves.” Of course, the name stuck. After pinging werewolf gifs and videos back and forth, the theme of the RPS 20 presentation became “The Wearable Wolf is Coming!” With data including over 5,000 interviews, it’ll be a substantial presentation to help radio prepare for the wearable-inclusive PPM panels this fall.

Register for any of three live sessions of our presentation at nuvoodoo.com/webinars. The first is Tuesday, July 19 at 1 PM EDT with additional sessions scheduled for the following two weeks. We like the flexibility and spontaneity of the live sessions AND the opportunity to answer every question that arises.